Takagi Umanosuke with the huge head of a Ghost 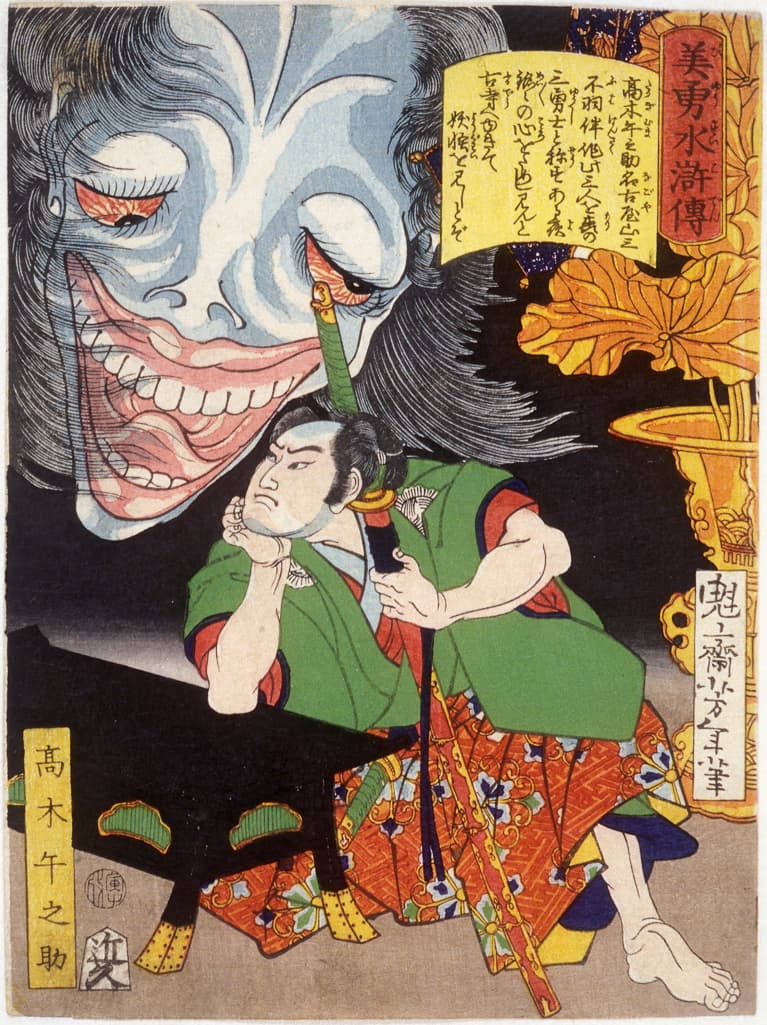 From the series Beauty and Valour in the Novel Suikoden (Biyû suikoden) published in 1866.

The Chinese novel Shuihu zhuan (The Water Margin), known in Japanese as Suikoden, tells of the legendary exploits of a group of Chinese brigands during the Northern Song dynasty (1101-26). It was retold in a popular Japanese novel illustrated by Hokusai, and was the subject of Kuniyoshi’s first set of warrior prints in 1827. Although the anti-establishment heroes of the original were very popular, in this set Yoshitoshi departed from the novel and made his own selection of Japanese heroes from history and legend.

Takagi Umanosuke is shown undergoing a trial of strength in a haunted temple. The subject is related to a triptych by Kuniyoshi published in 1852, in which Fuwa Banzaemon tries to frighten Takagi Umanosuke and Nagoya Sanzaburô with an inflated ghost-figure in a ruined temple.