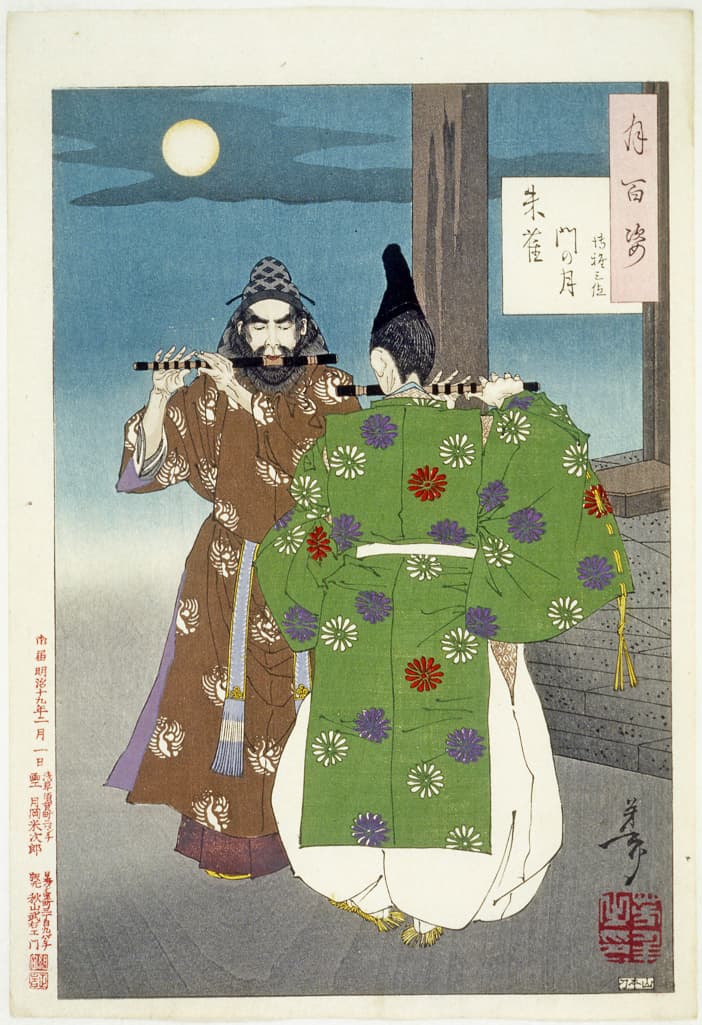 Hakuga Sammi is the Chinese reading of the name and court rank of Minamoto no Hiromasa (918-80), grandson of Emperor Daigo. He was a famous musician, equally adept at playing a variety of wind and string instruments. We see him here from the rear, wearing the robes and lacquered hat of a Heian courtier, and playing the yokobue, a transverse flute. He is outside the Suzaku Gate of the Daidairi enclosure in Kyoto, which contained the imperial palace and government offices. The identity of his companion is uncertain, but judging from his hat and beard he is probably a foreigner.

Hiromasa’s skill on the flute was legendary and the beauty of his playing is recounted in numerous tales. One of them tells of him being robbed of all his possessions except a wooden flute (hichiriki). When he picked up the remaining flute and started to play, the sound carried through the streets to the ears of the robbers. They were so moved by its beauty that they repented their crime and returned Hiromasa’s possessions.