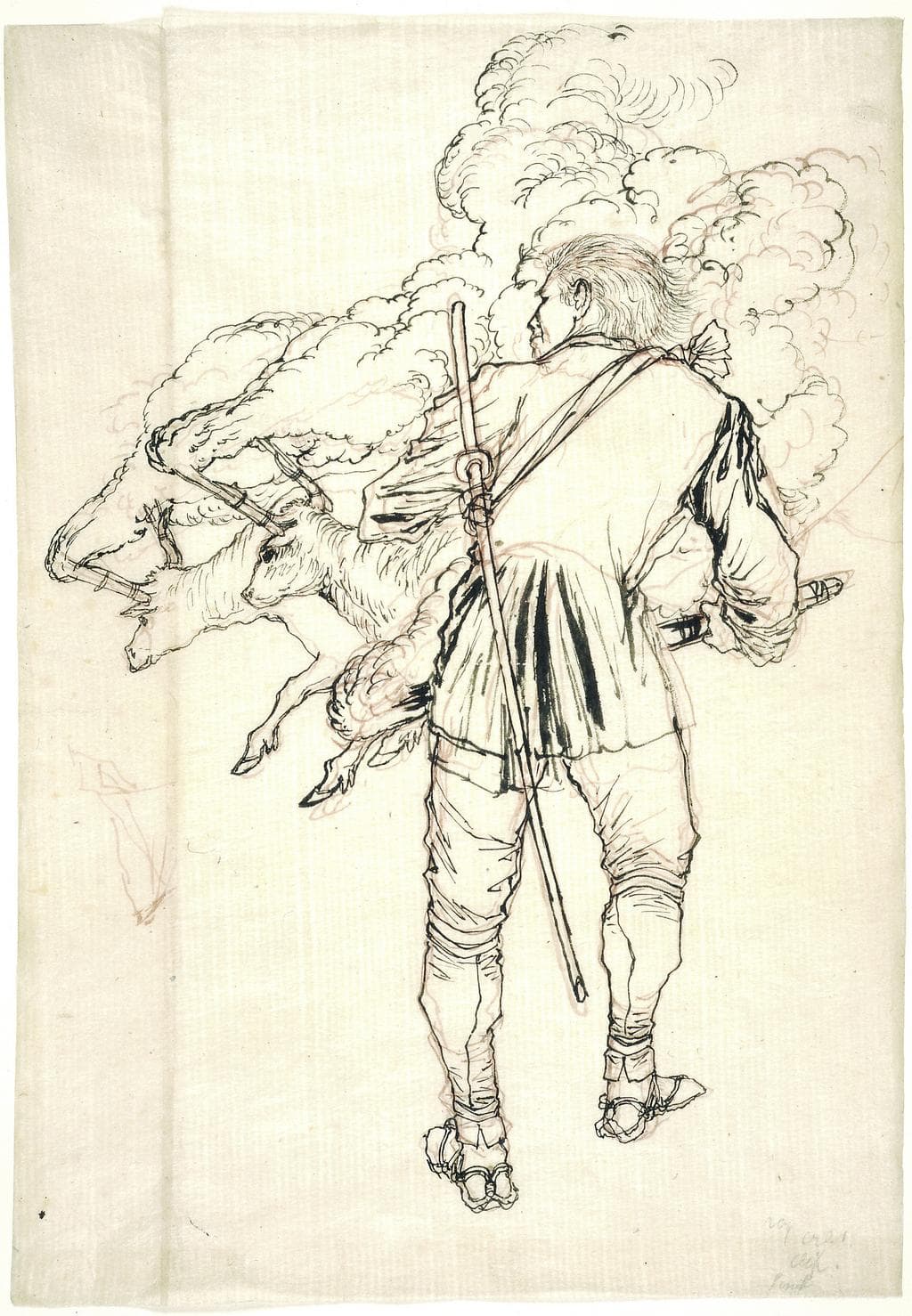 A preparatory drawing for a print that was never made but was intended for the series Kagoshima meianroku (Records of light and darkness at Kagoshima), commissioned by the publisher Kobayashi Tetsujirô.

The thirteen completed prints from the series are dated 1878. The final neat drawing (hanshita-e) from which the block would have been cut survives in a private collection. The series portrays leading figures from the Satsuma Rebellion of 1877 which had been led by the high-principled aristocrat and politician Saigo Takamori.

The rebellion caught the public imagination, and publishers commissioned many illustrative prints from artists, none of whom would have witnessed the events, which took place far to the west of Tokyo. Yoshitoshi designed Satsuma Rebellion prints for at least nine different publishers.