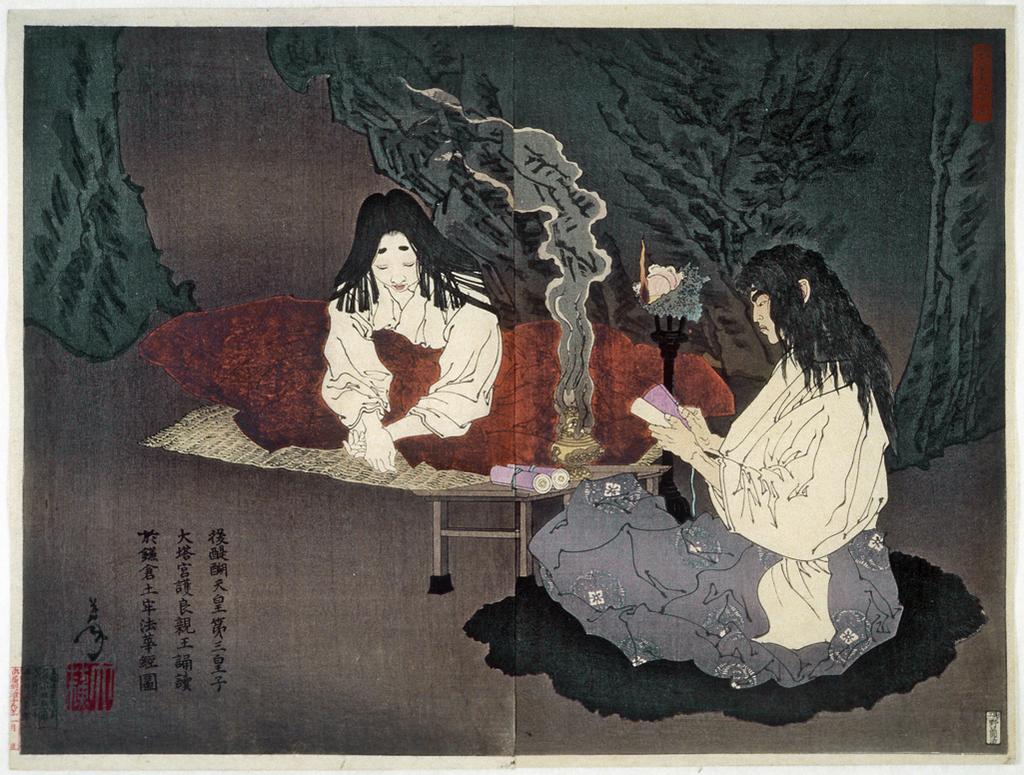 From the series Sketches by Yoshitoshi (Yoshitoshi manga) published in 1885-6, at the same time as the other major series in this format, New Selection of Easter Brocade Pictures.

For a brief period in the 14th century power was restored to the exiled Emperor Go-Daigo (1288-1339) after the military government at Kamakura was defeated. But intrigue among the conquering generals led to the imprisonment of Go-Daigo’s son, Prince Morinaga (1308-35), in an underground dungeon in Nikaidô near Kamakura in 1334. Morinaga was executed the following summer.

He is shown here in the dungeon reading the scriptures, with a female companion, just before the arrival of his murderer. His story was told in the Taiheike (Chronicle of the Heike) and this scene was one of several episodes that had been depicted by Kuniyoshi, although in his version we also see the approaching killer. It is typical of the mature Yoshitoshi to show the loaded moment of impending violence rather than the act of violence itself.