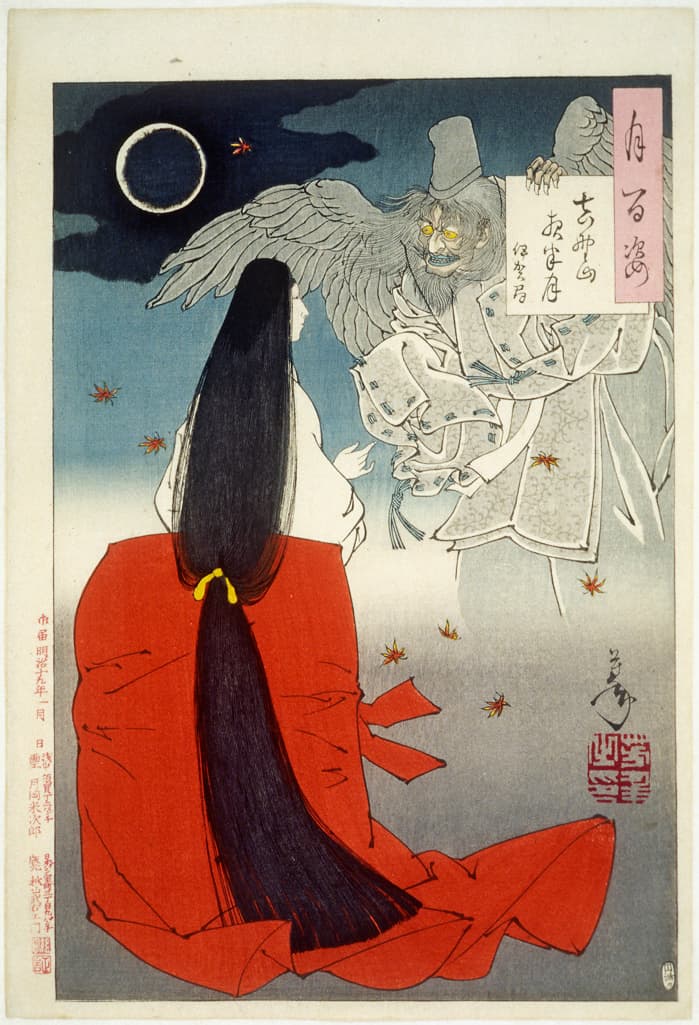 Against the advice of his general Masashige, Emperor Go-Daigo (1288-1339) was encouraged by courtier Sasaki Kiyotaka, for his own political gain, to fight the rebelling forces of Ahikaga Takauji at the battle of Minatogawa in 1336. As a result of losing the battle, Masashige committed suicide and the Emperor fled to Mount Yoshino, where Kiyotaka was also forced to commit suicide. Kiyotaka’s ghost haunted and harried the exiled courtiers, none of whom dared to face it. Finally it was confronted by Masashige’s daughter-in-law, the heroic Iga no Tsubone, who drove it away.

Like all the prints in this series, the white title cartouche is embossed with the pattern of a textile.

The ghost has blue lips, a convention also used for corpses. Iga no Tsubone’s hair is remarkable both for its fine carving, and for the part it plays in one of Yoshitoshi’s boldest designs.