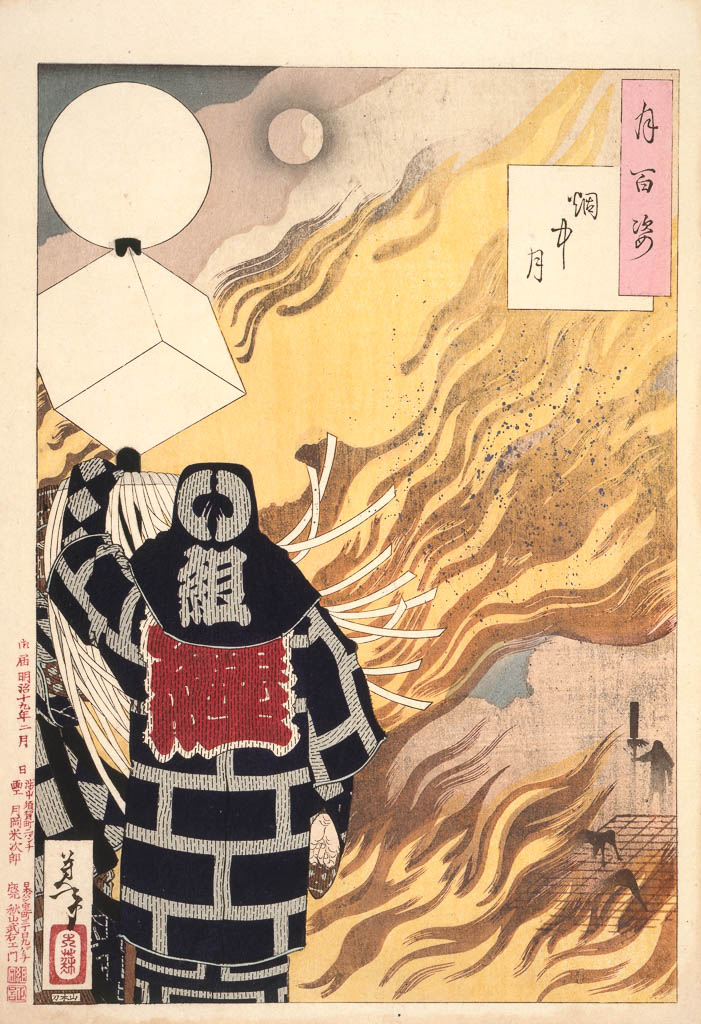 Moon and Smoke
Enchû no tsuki

A contemporary scene showing an everyday hero in Tokyo, a tinder-box town built of wood and paper. Throughout his career, Yoshitoshi depicted firemen in his prints. Not only were they popular, daredevil figures with something of the heroic appeal of actors and wrestlers, but their distinctive costumes and geometric standards (matoi) made them very picturesque. Their quilted jackets were soaked with water to make them more resistant to fire, and they could be reversed when the fire was over to reveal a colourful lining. The character on the back of this jacket reads matoi, indicating that this is the standard bearer for the brigade fighting the fire in the foreground.

The character on the hat shows that he belongs to Number One Company. Standards were held aloft on roof tops so that each brigade could be identified and so that firemen could signal above the flames and noise. A distant fireman holds another standard on the roof opposite. There was great rivalry between the district brigades because the particular brigade that saved each property was rewarded. Spattered red lead that has blackened gives texture and atmosphere to the smoke and flames.