Looking Smoky: a Housewife of the Kyowa Era 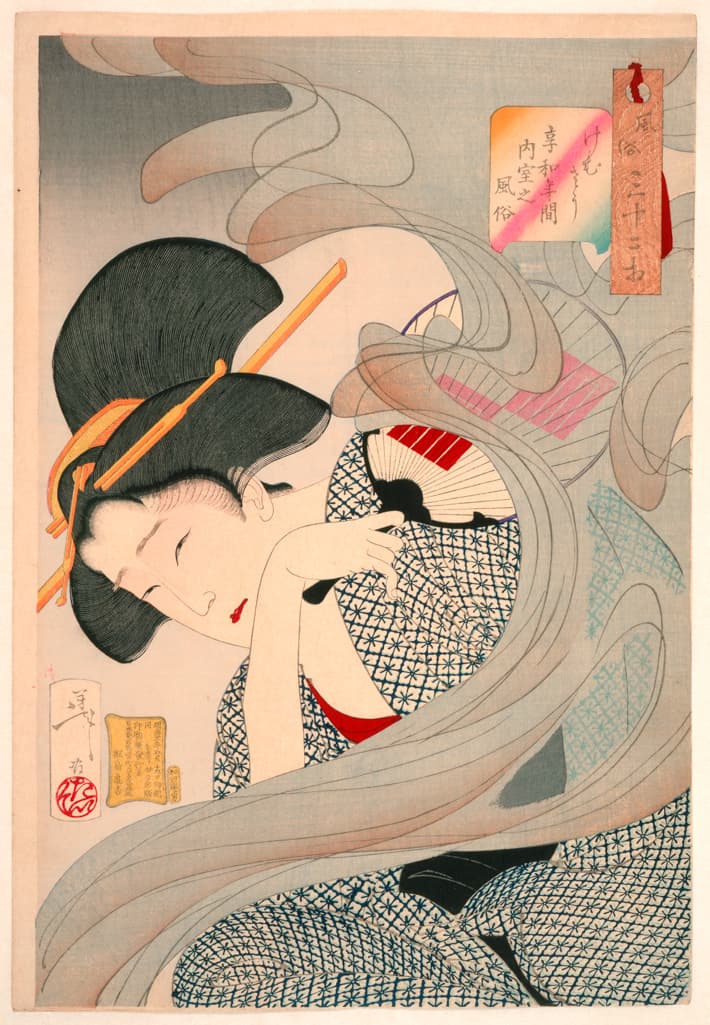 The particular word used in the title is a polite title for a housewife (naishitsu, literally ‘inner chamber’) of the upper or middle class. Her life revolved around the home with only occasional outings to the kabuki theatre, festivals or temples. She wears a light cotton robe (yukata) and fans the smoke from a plant that was burned to fend off insects.

Her fan is decorated with symbols associated with chapters in Genji monogatari (The Tale of Genji); these became especially popular as a decorative device a few decades later than the Kyôwa era (1801-4) assigned to this print. The print is a masterpiece of design and carving, with the carefully judged effect of the smoke veiling the colours, and the detailed perspective of the diamond flower pattern (hanabishi) on the yukata. Yoshitoshi allowed his student Toshiaki to help choose the colours for this print and insisted that they had to make it look like a real yukata. Another pupil, Kodô, referred to this print as an example of what could be achieved when the artist worked closely with his printers.

Given by the Friends of the Fitzwilliam, 2004