Looking as if she is enjoying a stroll 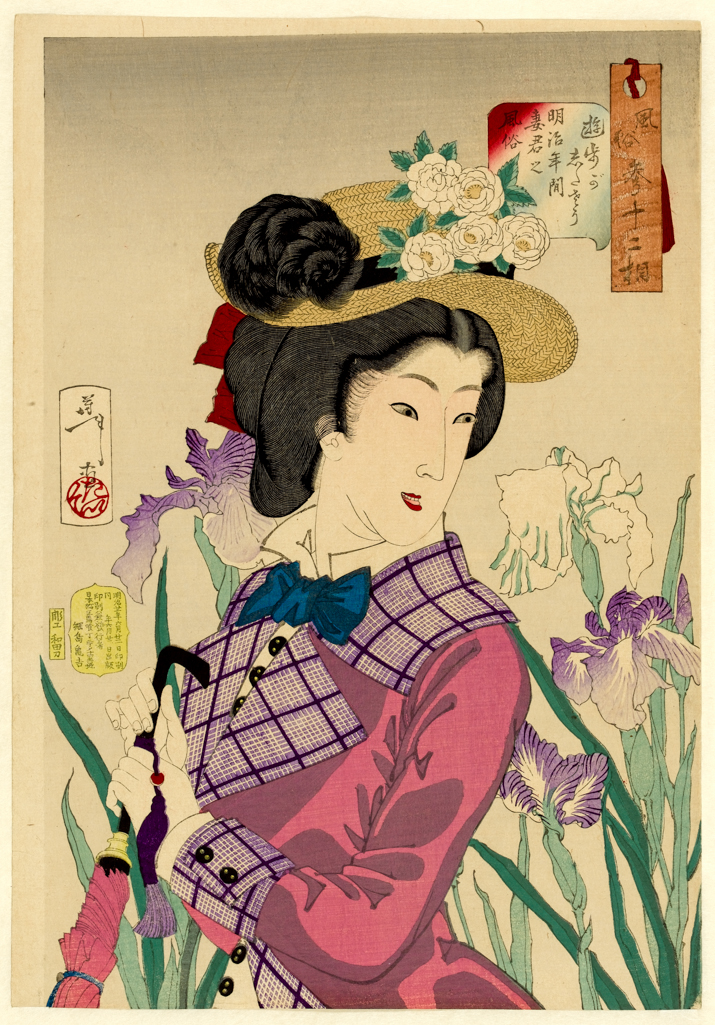 Looking as if she is enjoying a stroll: an upper-class Wife of the Meiji era
Sanpogashitasô Meiji nenkan saikun no fûzoku

This famous image of western fashion finishes the series and brings it bang up to date. No doubt these are the garish garments described as being all the rage in 1886-9. The poet Onuma Chinzan commented: ‘Everyone has adopted the barbarian way of dress: only Sumo wrestlers and prostitutes still wear the old clothes.’ The modernity of the fashion seems somewhat at odds with the traditional elements of the print. She is shown walking among irises, probably in the Iris garden at Horikiri, where fashionable people had often been depicted strolling in prints of the Edo period. The clash of new and old is in itself a traditional element of ukiyo-e (floating world pictures), and this image is at the end of a long line of prints that use contemporary fashion to bring old themes up to date.

This overt display of western fashion is exceptional in Yoshitoshi’s late work, reflecting his reservations about the changes happening in Japan as it adopted western ways. He played a large part, along with other leading cultural figues such as the actor Danjûrô IX, in a campaign to preserve the traditions of the Edo period in the face of change, especially the wholesale adoption of western ways.

Given bythe Friends of the Fitzwilliam, 2004