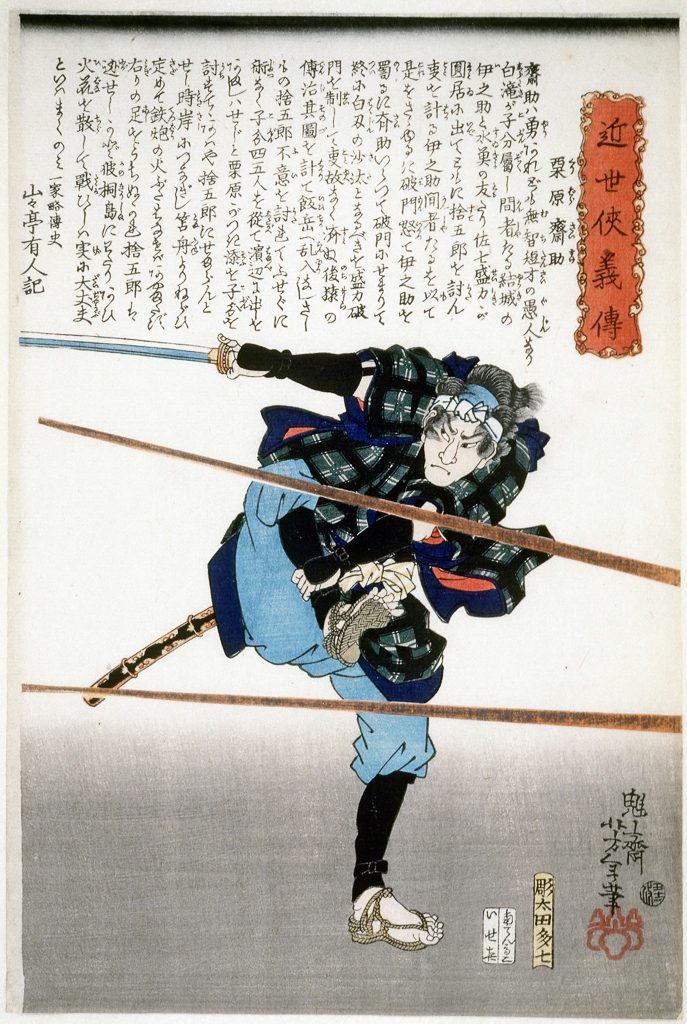 From the series of thirty-six Biographies of Modern Men (Kinsei kyôgiden) published in 1865-6.

Firearms had been introduced into Japan when a Portuguese blew off course and landed on Kyushu in 1542. They quickly revolutionised Japanese warfare, but were rarely depicted in Edo period prints, because of the ban on depicting current or historical events within the period of the Tokugawa regime.