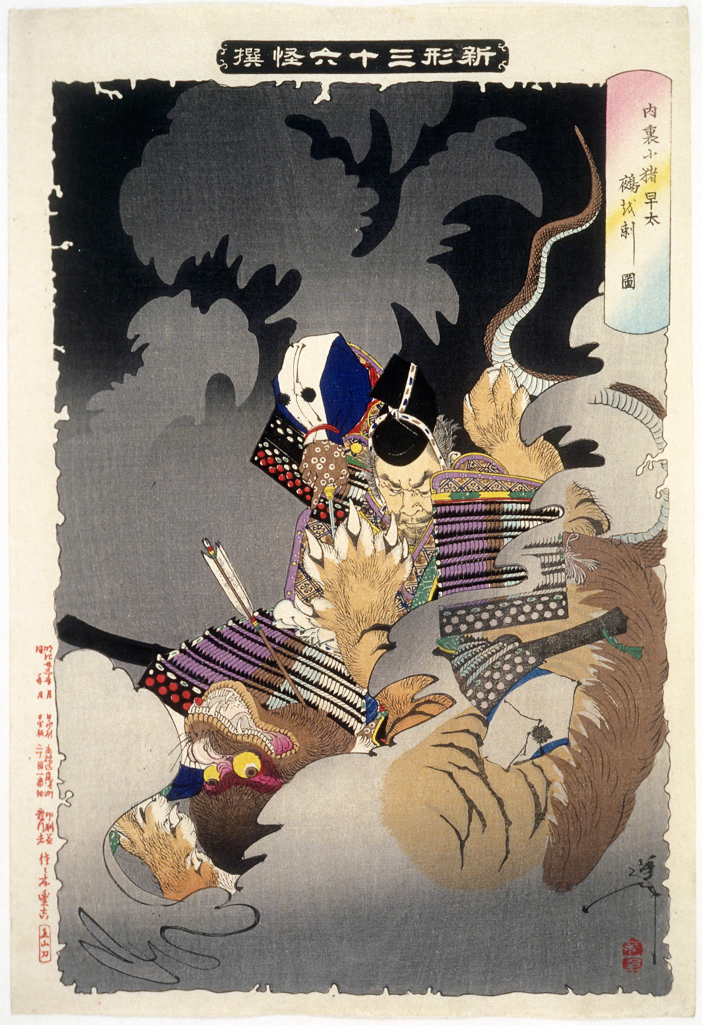 From the series New Forms of the Thirty-six Ghosts (Shingata sanjûrokkaisen) published in 1899-92.

This subject comes from the warrior chronicles Heike monogatari (Tale of the Heike) and Gempei seisuiki (Account of the Gempei Wars) and featured in featured in Noh and Kabuki plays. In 1153 the Emperor commanded the poet and warrior Minamoto no Yorimasa (1104-80) to discover the cause of the cries that emanated every night from a black cloud hanging over the palace, which frightened him senseless. Yorimasa took with him the loyal henchman Ii no Hayata. When the black cloud appeared from the forest, Yorimasa fired an arrow at it, whereupon a monstrous creature with the head of a monkey, the body of a badger, the tail of a serpent and the legs of a tiger, fell from the cloud uttering the cry of a bird. Hayata ran forward with his dagger and stabbed it.

The creature was called a nue, a kind of blackbird that is active at night and regarded as an ill omen. This episode had often been depicted in prints, including various examples by Kuniyoshi.