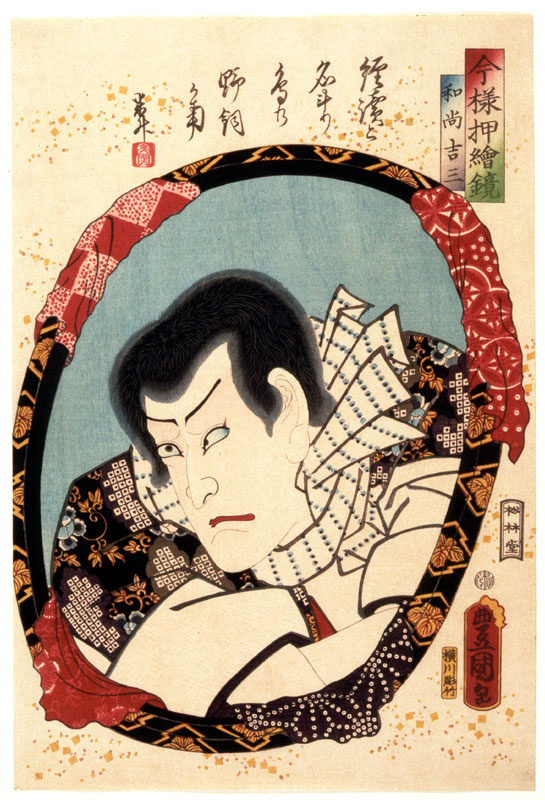 This print commemorates the first performance of Sannin Kichisa kuruwa no hatsugai performed at the Ichimura theatre from 14/01/1860. The main strand of the plot of this kizewamono (raw domestic drama), concerns three honourable thieves, each of whom is called Kichisa. They swear blood brotherhood and end up killing each other rather than give themselves up to the police. Ishikawa Kodanji IV took the part of the ex-priest Osho Kichisa.

This is from a luxury edition on thick paper with special printing effects.

The seal of the leading block-carver Yokokawa Takejiro appears on the print.

Given by the Friends of the Fitzwilliam with the aid of the MGC Purchase Grant Fund and the National Art Collections Fund, 1999