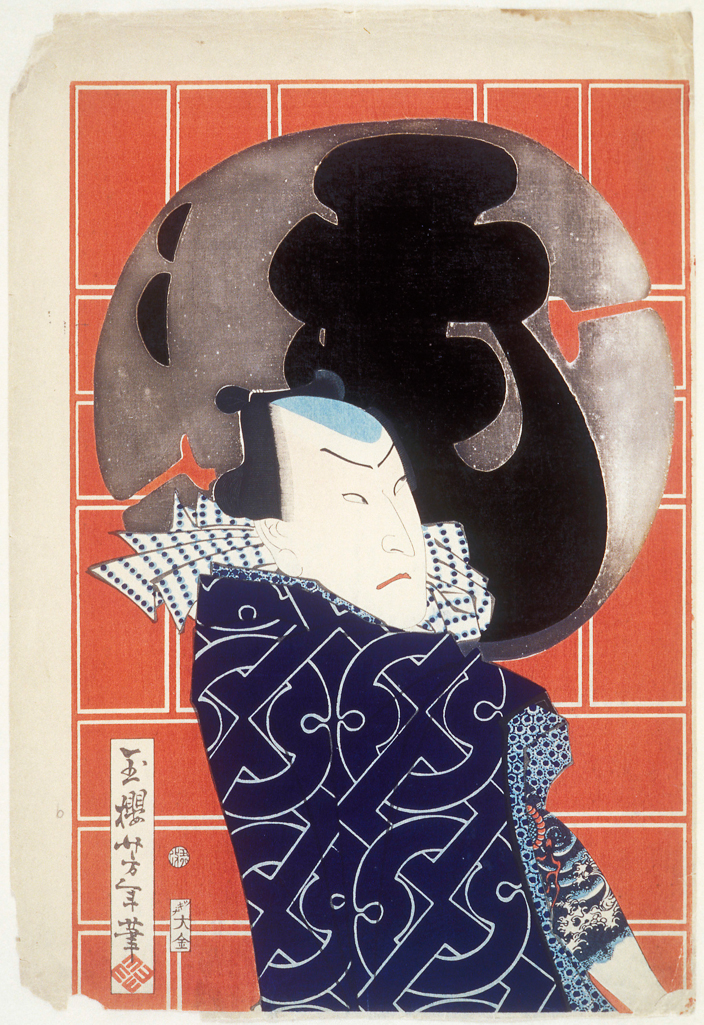 From the series A Celebration of Gallantry (Isami no kotobuki), each showing a leading actor as a tattooed fireman.

Bandô Hikosaburô V (1832-77) was the adopted son of Bandô Hikosaburô IV (1800-73), and by the time he assumed his father’s acting name in 1856, he was a successful male-lead actor (tachiyaku). With good looks, a fine voice and powers of interpretation he went on to play a wide variety of roles, including female roles (onnagata), in historical, domestic and dance dramas. His style influenced later generations of actors.

Purchased from the Rylands Fund with a contribution from the National Art Collections Fund, 2003
P.9-2003